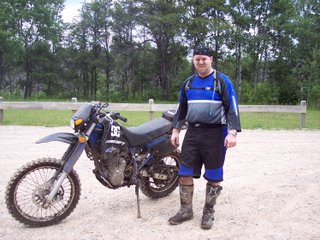 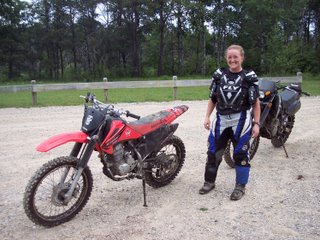 I really need to go up north and it really needs to not rain when I go up there. This week is so depressing, I need to just get outta here for a day.

Lately it seems like I'm making a whole lot of excuses for my roofers. Don't get me wrong, it's not because they're totally imcompetent and they do a terrible job -- it's just that they don't do a 'perfect' job. It's kinda like if some guy was restoring a rare hot rod and he spent countless hours on the engine, interior, and body work but dropped it off at Maaco for paint. Or a builder was building a high end home, say $500,000+, and he/she decides to use formica & linoleum in the kitchen. It's all fine that the work is completed and it's functional but it's kinda like they get to the fine details of the job and they gave up...you know? A rare hot rod should have an ultra custom paint job, the high end home should have granite countertops and slate flooring, and the freakin details on the roof should be taken care of during the job! It's like these guys spend so much time preparing and making sure that the big things are right that they pay almost zero attention to detail -- then end up making themselves look like complete asses when an inspector looks over their work. The guy ends up like "hmm, nice overall work except this isn't right and this sucks." I hate that. It's like finally being able to afford $500,000+ in a home, looking at linoleum floors, and saying "I'm spending a hell of a lot of money and this cheap crap is what I have to show for it?" My thought: if you do it, do it right and follow through.
Written by Jack at 7:53 AM No comments:

Next weekend, I'll be up north for three days. Blog, you do not know how happy that makes me. YES.
Written by Jack at 12:53 PM No comments:

the doors opened into a large ornamental foyer that is, despite it's exquisite beauty, likely to be fundamentally ignored by most of it's visitors. one of the directors, a short, older man in a black suit, was standing in the middle of the floor speaking softly to a woman in a knee high dress and pagmina. I paused. she glaced at me briefly after the director walked towards me.

"can i help you?"
his eyes went straight to mine and froze.
"lindsay please"
he nodded and led me down this small main hallway, embellished with the same superlative details as the foyer. although I suspect the intent was to induce some sort of tranquility or serenity for the people who pass through here, the hallway, much like the foyer, still felt just as cold and unfortunate as my reason for being here.

The director showed me through to a big gathering room where maybe four or five groups of three stood around the room. I quickly scanned through the crowd to find someone I knew but there wasn't a one. I walked over to the photos of her for a few minutes and then walked back to the guest book. I wanted to see her before I left but there wasn't an opportunity at the moment. I waited.

I caught her video of photos, playing over sarah mclachlan and I wanted to cry. a picture of her and her brother appeared on the screen and I nearly lost it. they were in this sibling lovey hug like embrace in the photo and she had this gigantic smile on her face that mushed together with her brother's. she looked maybe 12 years old. I could barely suck back the tears welling in my eyes.

the crowd cleared and I made my way towards her. there was a rosary in my jacket pocket and as I approached her, I ran the beads through my fingers. I stood by her feet mainly because I didn't have the heart to ask people to move, but after seeing her - I preferred where I was rather than where I could've been. Standing over her seemed too intruding for a friend she hasn't seen or spoken to in over 10 years.

she looked peaceful. I made of sign of the cross, said a prayer, and said my goodbyes. I don't think she would've remembered me but I thought, just as K pointed out, she would've wanted her teammates there. It was nice to see her again.

as I walked away I took the rosary out of my pocket and pushed it into the palm of my hand with my finger tips. stopping at door, I glaced down at the irish cross and wondered if I was really at this place, walking away from this 24 year old woman whose family must be in shock. I stepped back in the hallway, turned to take one more look at the room, and then, on the brink of another emotional breakdown, I pushed the door open and walked out to my car. the air was warm but a welcomed release. the inside of the funeral home was almost too much to tolerate any longer. she was so young. she'll be missed.
Written by Jack at 7:09 AM No comments:

We went to Paul's Discount Tire picnic yesterday. We had to wear matching tee shirts. It was sad, but extremely funny. 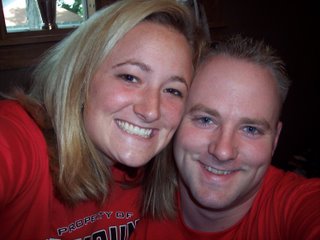 I haven't made up my mind completely yet, but I don't think I like the Discount parties. To be honest blog, I don't fit in. Most of the women at these events either seem overwhelmed with taking care of their kids or young, new, and quiet as hell. Nearly all of the latter turn out to be girlfriends, whom are only there to provoke jealousy among the herds of other single men (and possibly married as well). The mom's are there for the kiddy rides and the petting zoo and maybe a chance to get out of the house. And although the dads are around, they are more than likely associating with colleagues or sucking up to the big wigs, leaving their wives to handle the little tykes.

The more we go to these things, the more I feel as though I need to be almost....well, subservient. I'm starting to notice that my role is to be this trophy wife that's only slightly better than a blow up doll. Paul's manager, sitting not 12" away from me, referred to me as a "she" -- as in "what's she riding this summer?" My own husband responds "oh she's riding this." I would've said something but nothing I would've said in that situation would've been nice or appropriate so I held my tongue. I thought that was for the best.

I'm not totally convinced that he did it intentionally but it's hard to think otherwise. I mean, how awkward is it to talk about someone who's sitting 12" away from you? I don't know, maybe it was just a knee jerk response within a conversation that would normally take place at work. Who knows.

Things like that happen a lot though. Most Discount people don't acknowledge the wives/girlfriends when talking to their work buddies. I'm dying to say that that is a characteristic of just discount but I know I can't. It probably happens in tremendous proportions among bigger businesses and I just don't see it. All I know is that I don't fit in with the 'ignored wives club'. I don't know what I'm going to do to be any different but I know I'm not going to be a part of it.
Written by Jack at 7:28 AM No comments: 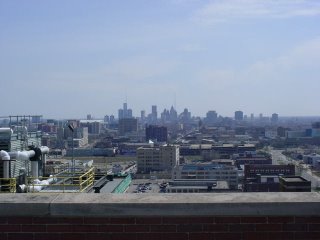 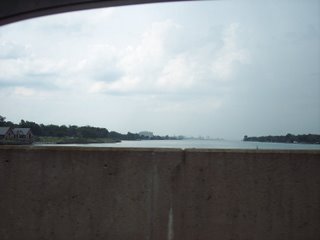 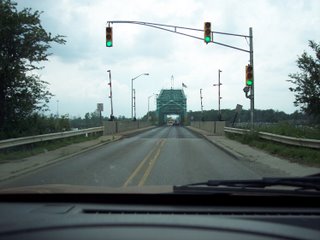