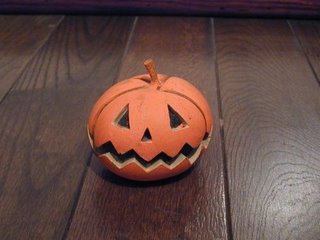 Happy Halloween!
Written by Jack at 7:32 AM No comments:

I can't believe October is almost over. The last few weeks felt like a fall rush, haven't they? Nature was all like "oh it's kinda warm for the end of the summer....BAM! Freezing! Now you have to clean up leaves for the 2nd time this week! Ha Ha."

i love the curb appeal or home design shows. It makes me feel creative. yesterday, i felt so creative that i decided to paint our office. It was great - took me all day but when I was done, it turned out awesome. today, paul is gonna make me a desk so that there's space for all this useless crap. I love useless crap.
Written by Jack at 11:00 AM No comments:

I miss my brother. ....Don't get me wrong, I'm so happy for him and Kris .....but still.....he's been on his honeymoon for like 7 and a half days so far - that's so long! I want him to buy a new house with Kris near us and then they can be happy and then he can come back to work and be happy and then we can go to lunch because it seriously sucks sitting in the conference room watching Jerry Springer all by myself. ... I hope they had a good time this week. It seemed like they really needed it.

Blog, did I show you my haircut yet??! 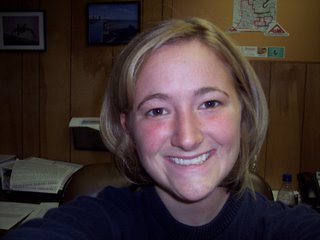 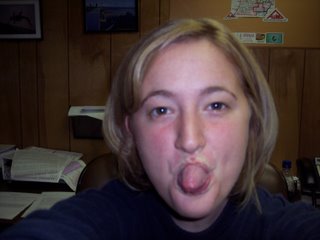 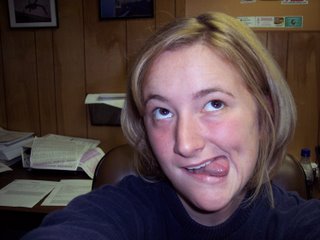 I am so not productive right now. Ok, enough fun, I gotta go. Later Blog.
Written by Jack at 7:27 AM No comments: 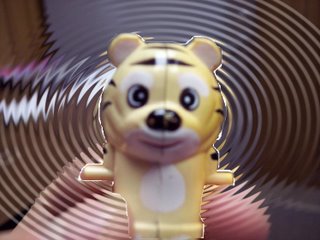 I'm frustrated with the hard rock stations on winamp. I want to listen to Disturbed, Tristania, Static X, and maybe a little Rise Against....hell maybe even Cradle of Filth but NOOOOOOOO -- I'm on a constant buffer with those stations. I can't even get one to come in right. Now I have to listen to this pop punk station that occassionally plays Snow Patrol. Did these webhosts sleep through Punk 101? Snow Patrol on a punk station, grouped with bands like Social Distortion or Less Than Jake, is like the Henry Rollins Band on Live 107 Southern American Country Music......it's odd and so so wrong. 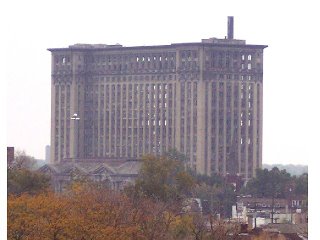 So much untapped potential....pity.
Written by Jack at 9:05 AM No comments:
I cut my hair! Oh it's so short and I love it. The guy took an hour and a half to shed 75% of my hair off my head but it was so worth it. After I left, I made the official decision not to go with anyone else ever. Keith at Liquid is my favorite and bestest hairstylist guy forever and ever. Hey! He's my BHF! I'm such a dork. Derp.

Whatev - it makes me feel happy on the inside.
Written by Jack at 7:29 AM No comments:

I want to take a train. I want to travel around Europe for a week or two. I'd like to speak broken French in Quebec at least once. I want to drive to St. Louis to see the "gateway to the west". I definitely want to do something crazy.
Written by Jack at 7:36 AM 2 comments:

I am so embarrassed. I just had to tell someone. I don't want to make a big deal out of it because I know it just gets worse when you do that .... but still, I'm so embarrassed. I hate that feeling too. I didn't do THAT much (I don't think) and it's not as if I was the only one drinking - but honestly, if I never see another bottle of whiskey, it'll be too soon. WHooo!
Written by Jack at 11:35 AM No comments: 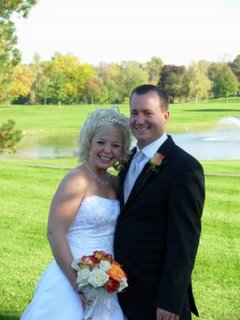 Congratulations to my brother and his new bride!

Horray!
Written by Jack at 7:34 AM No comments:

I went to the bar last night.

I spent entirely too much $.

I've decided NOT to stay that long anymore.

I need to stop forgetting to eat.

This is great. This is so great. My brother is getting married in 3 days. I'm so excited.

I picked up my dress from the alterations guy yesterday. It looks fantastic but I'm very unimpressed with my shoes. I was about a half of a color off when I picked the dye so the shoes are a shmige more orange when they should be slightly more red. I think I might eventually get over it.

I got the itch to go out and party and dance and drink and go insanely wild. I don't think it's because I'm excited about the wedding but I'm not sure. Alls I know is that I want to start livin it up.
Written by Jack at 3:05 PM No comments:

I'm spying on my neighbors right now. Normally I would tell myself to get a life but this is interesting.....

All together we've got five interesting neighbors on our block. First, there's the Rednecks. The Rednecks have at least 15 family members who come over at random times during the day and play music or sports loudly in their driveway. For the most part, they're all friendly and somewhat courteous about being loud or bringing the dogs in when they bark non-stop. Overall though, they seem to be good people.

Second, we have the Partners. It's not that we really think these people are gay but we never see a female over there and the one dude always does the gardening and grilling.....so we're thinking they're probably roommates or something...or whatever....who cares. They have a big old dog in the backyard all the time and they keep their yard/house in tip top shape. Overall, they also seem like good people.

Next, there's the Shut-Ins. They mainly keep to themselves but occasionally we see their kids playing in the driveway with their mean lookin but yet wonderfully nice dog. They've only been there for maybe 6 months but it doesn't appear that they'd be interested in neighborhood parties in the future. Overall, they're good neighbors.

To the south of us, we have the Nate-Daves. When we first moved in, I thought the husband's name was Dave and Paul thought his name was Nate so we settled on Nate-Dave. About 2 years later we found out that his name is actually Nate but we don't care. He says it's ok though cause he thought my name was Jennifer. Whatever, - he's cool like that. His wife's name is Chelsea and they just had a baby boy named Lincoln. Nate-Dave has a little surfer/CEO/Salesman thing goin on - which makes him incredibly funny - but overall, they're super people.

Then, we have the Lover's. The Lover's live across the street next to the Homies. I think there's a mom, a grandma, and two teenage girls that live there. They only come out on weekends and sometimes the girls will walk across the street to hang out with the Rednecks. The chickies always seem to look their best when they walk over to the Redneck's place but it could just be that they're high school girls who listen to Britney Spears and Jessica Simpson and they like girly things like make-up and like totally like shopping and like other stuff. Overall, they seem nice.

Lastly, we have the Homies. You know those little plastic toys you buy in the 50 cent machines at the grocery store? The ones that are aptly named Homies or Playaz? One time, I saw this guy standing on his sidewalk just like one of the plastic homies. After that, the name just stuck. They are the most interesting on the block. Last Sunday, we lost power for about 12 hours for some stupid reason. The first thing these people said as they walked out of their front door was "DTE has to at least give us TWO warnings before they shut our power off!!" I guess they didn't know it was a city wide power outage - ooops. Anyhoo - they're the ones who got me writing this blog.

About an hour ago, two of the Homies started a fight in the street. Some girl was screeching, yelling, swearing, and throwing some mad claws out on this one dude. The guy starts yelling back and pushing her away which then escalated into the beginnings of a "domestic dispute". I got about 5 minutes into watching these people when all of a sudden, one of the Partners comes out screaming "shut the hell up! We don't do this in this neighborhood! I will call the Police if you don't get the fuck out of here!" After some more shouting, they break up and get to steppin. Oh, the things that happen in this neighborhood, I swear. It's almost like I live on Burdick again.